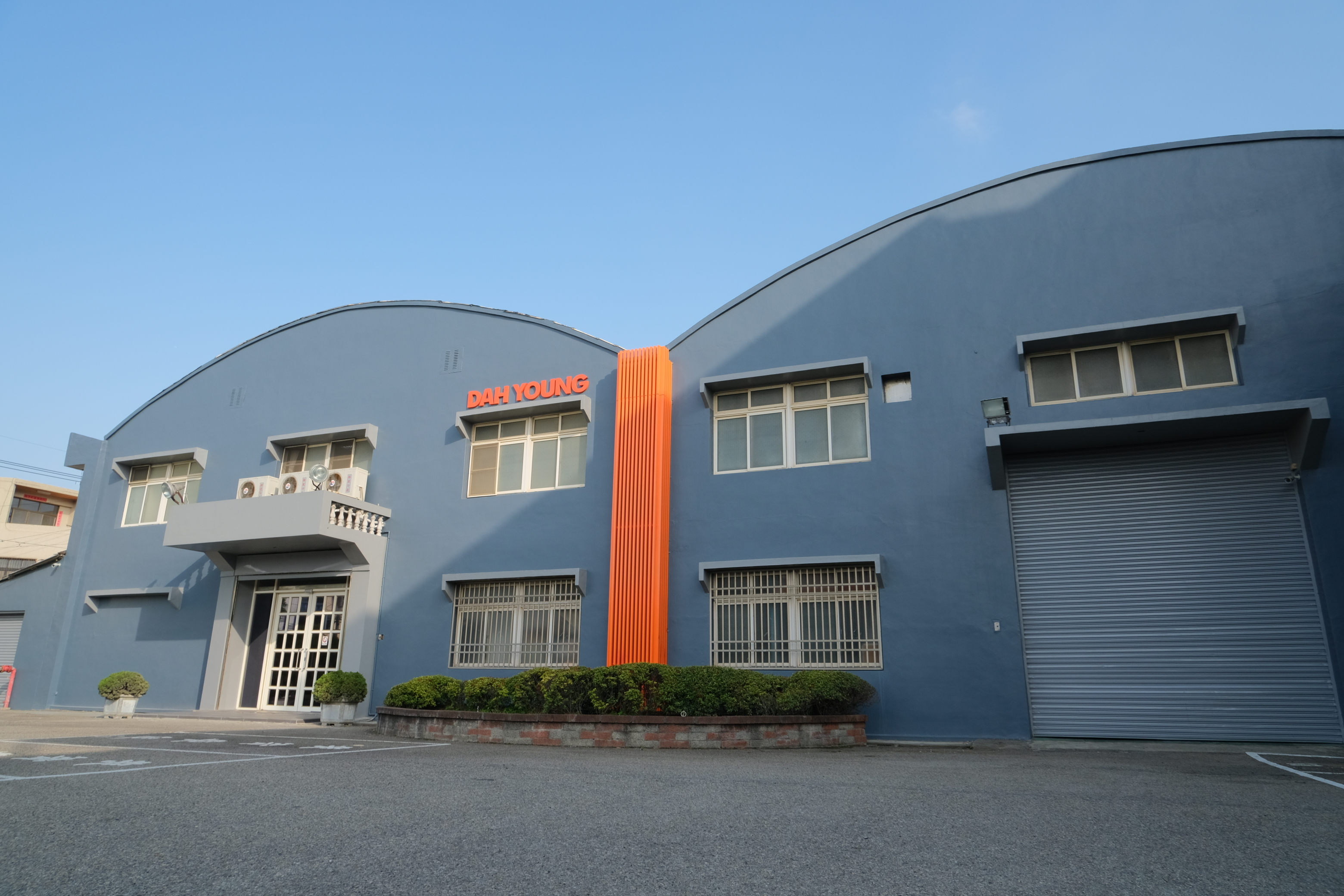 DAHYOUNG was established in 1968 and hasbeen devoted to the PVD vacuum batch coating technology field for over 50 years. In 1995, DAHYOUNG expanded it's Batch coating line of equipment to include R2R equipment by purchasing Darly Custom Technology Inc. of the United States to obtain important key technologies in the flexible electronics industry and invest in high-precisionR2R winding. Along with our R&D facility and production of batch and R2R vacuum coating equipment,which integrates multiple vacuum coating technologies, DAHYOUNG is the leading vacuum coatingequipment manufacturer in Taiwan.

News
Bureau of Foreign Trade, MOEA: Dah Young eyes semiconductor, biomedicine industries with new DLC-film & HiPIMS equipment
Dah Young eyes semiconductor, biomedicine industries with new DLC-film & HiPIMS equipment Source：Taiwan External Trade Development Council Revise Date：2021-02-24 Dah Young, an experienced PVD coating equipment manufacturer, has recently adopted the latest high-power impulse magnetron sputtering (HiPIMS) technology as well as diamond-like carbon (DLC) coating technology and released its latest sputtering equipment, in the hopes of offering better coating services in the regards of hardness and adhesion strength, a very needed technology especially in the industries of semiconductor and biomedicine. Such functional coating technology development has been successfully applied to many compartments and products, such as printed circuit board (PCB) micro drills, integrated circuit (IC) test probes and medical devices, the Taichung-based company said in a recent statement. Unlike conventional DC sputtering technology, the HiPIMS technology can achieve no-porosity, high-density and well-crystalline deposition when coating. With high-power pulsed current, the plasma can provide PVD coating at a low substrate temperature with better results, a technology seen to be mainstream, it added. The power supply plays a critical part in the HiPIMS technology. Dah Young’s DYHC series uses independent DC power supply, accumulating electrical energy in a special capacitor before releasing it into a transistor control system. This way, high-density plasma can be generated, the chance of poisoning the target can be lowered, and the durability of the target can be enhanced. “It hence greatly lowers the coating cost,” the company noted. The machine manufacturer has always been taking pride in its DYHC sputtering series, touting that the plasma can be as dense as 1018~19e-/m3 with an ionization rate of 70-100 percent and duty ratio of lower than ten percent, and peak power density is higher than 1kw/cm2. This means the coating film can be very compact, adhesive, smooth and anti-erosive, while the flexible substrates can be applied, such as PEN or PET, the company added. The DLC-film developed by Dah Young, unlike many of its other competitors’with DLC a-C:H coating and DLC ta-C coating, can be as thick as 3um to 10um, with a fixed hardness of at least 1,500HV. The other favorable advantages Dah Young can assure include the heat tolerance at 450 degrees Celsius, hardness of even more 3,000HV and a coefficient of friction of lower than 0.1. No dangerous gases are used in the process, the company noted. DLC coating technology can produce the world’s hardest film of its kind, with its hardness, wear-resistance, and low friction similar to that of diamond, hence the name. It can handle more delicate substrates that are sensitive to high temperatures (lower than 200 degrees Celsius), obviously increase the performance of any hard parts, dissipate heat at a faster speed with its high thermal conductivity, and hence significantly improve processing efficiency. With different processing adjustments, such a technology can be widely applied to any commercial fields, such as the industries of semiconductor, energy, mechanic processing, molding, biomedicine, etc. Few may know that such a technology is extensively used in the biomedicine industry, as any medical devices/equipment or even disposable products that require sterilization would need such a coating. Enjoying over fifty years of market expertise, acquiring the U.S.-based Darly Custom Technology in 1995 to expand into the Flexible Electronics industries. Dah Young has been developing diversified coating equipment and technology widely applied to many industries, electronic products, automobile parts, electro-optics and the semiconductor industry. With the latest HiPIMS technology, “we aim to become a film coating process pioneer,” the company said in the statement. Dah Young is devoted to the industry, having won many certificates and awards around the world with its patented technologies. The company also emphasizes cooperation among the public and academic sectors, jointly developing machines and systems with local universities. Vowing to offer its customer the tailor-made support and service, Dah Young keeps providing the most advanced vacuum coating equipment and technology service available, from Evaporation to PECVD to HiPIMS. It integrates the core vacuum coating technology with various processes and new equipment technology, aiming to become the leader in vacuum coating industry. “By cooperating with our associated partners in electronic products, automobile parts, electro-optics and the semiconductor industry, we are able to develop the most advanced coating applications and satisfy the various needs of our customers,” the company said, adding that it now has business partners in Japan, Malaysia, Singapore, Thailand, Vietnam, and the Philippines. Source: https://pse.is/3d3l87
more
【DAHYOUNG 2021 × Advanced Thin Film Process: HiPIMS & DLC】
From the technical energy to the appearance of the company, Dahyoung will show a new look in 2021! Dahyoung will be more specialized in High Power Impulse Magnetron Sputtering (HiPIMS) and Diamond-like Carbon (DLC) technology to provide customers with more advanced coating technology. We have always maintained the vitality of innovation and the spirit of challenge, and we are committed to providing film solutions for various industries and assisting customers in enhancing product value.
more
Merry Christmas and Happy New Year
Dear All,  Thank you for your support and accompany all the way this year. During the difficult period, Dah Young Vacuum has continued stimulatingR & D energy, developing super hard coatings, improving the quality of diamond-like carbon films, optimizing equipment systems, devoting time and effort to the fields of industrial, school , research, and solving various coating problems. We look forward to working with you and hand in hand for a new future. The best blessings for you, and we will be much better in the new year!
more
This site uses cookies to collect the necessary user browsing behavior so that we can provide you with a better browsing experience. Browse this site, which means you agree with "online privacy declaration."
× Close